There are two parts to every animation: its effect and its timing. 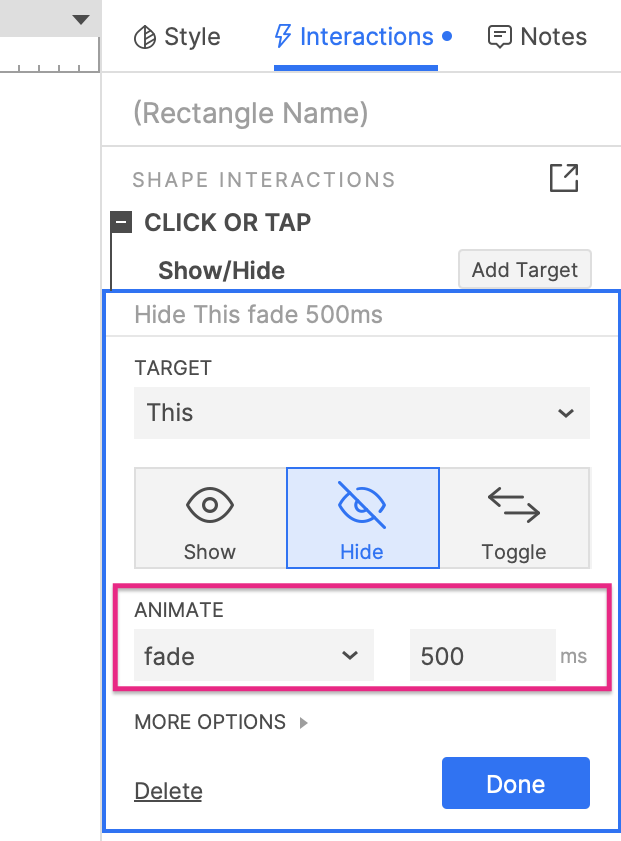 The following effects can be applied to actions that change the visibility of widgets. These are the Show/Hide action and the Set Panel State action.

Also known as "easings," the following effects determine the pacing of the animation within the designated timing. These can be applied to actions that change the spatial orientation of a widget or the page itself. These are the Scroll to Widget, Move, Rotate, Set Size, and Set Opacity actions.